The Fullness of God 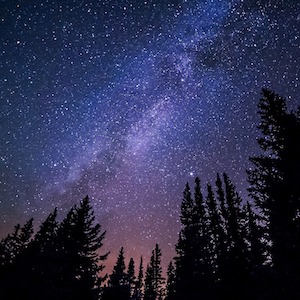 The Bible tells us that the human heart is deceitful above all else. When I first read that, I thought it meant that we humans tend to deceive others with our lies. It does say that, but there is more.

I remember the first time I took notice of the night sky at high altitude. After a long day of mountain hiking, I was outside my tent in my sleeping bag looking up at the sky. It was breathtaking.

It’s even more amazing to know that there are more stars in the sky that we can’t see that those that we can.

God tells us in the Psalms that his glory, his power and nature, are revealed in the night sky. Like the night sky, he is greater than we can grasp. If he shows us something about himself, there is still way more to learn.

We think about eternal life with God. But what will it be like? It’s too big and too good to grasp the full meaning.

When God tells us that his glory is revealed in the heavens, even that has to be a metaphor, because the complete picture of God’s Kingdom is too much to grasp.

What can we learn from this aspect of God that we can apply in our daily lives?

After God asked Job if he was the one who placed the Pleiades in the sky, Job said, “I used to think I knew you, but now my eye sees you” (my paraphrase). While Job understood more of God than he had ever seen before, Job was still only grasping a part of the wholeness of God.

That realization can help us get closer to the first Beatitude, to be poor in spirit, to realize that when it comes to God, we know very little. We are spiritual paupers who exist by God’s pleasure and don’t know anything about him except he reveals it to us. Consequently, any attempt to get dogmatic about the fullness God, beyond what is shown in Scripture, is a mistake.

Since we have many different beliefs about God in Christianity—many of them conflicting—who are we to come down hard on others for their views, when we might be the one in error? If we can all just live, doing our best to follow God as we understand him, and then let others live as they believe, we would all be a lot closer and happier Christians.

We don’t have to be the “belief police.” God is going to reveal his fullness to us in his own good time.  Like the Apostle Paul asked, “Who are you to judge another man’s servant?”