Church — What the Word Means 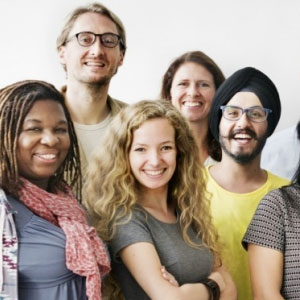 There are many ways God expresses the concept of his family in Scripture. Besides the idea of a family, He also calls it a temple, a mountain, a city, Zion, Israel, and others. Perhaps the one term he uses the most is a word translated “Church” in the New Testament. What does this word mean?

If you have studied the Bible for any length of time you probably know that the Greek word is ecclesia. It means “the called out ones.” Translators, well-meaning no doubt, translated the Greek word “Church” most places in the Bible. Their experience, as for most of us today, included in the concept of “called out ones” was the aspect of an organized group of people as in the New Testament, and like it is for most of us now, attending church services with others of like belief.

However, the Greek language has words to describe groups of people, and even building used for workship. Why didn’t God use one of those words? Why did he use ecclesia? I can’t say for sure. I don’t know God’s mind as well as I would like. But I do know that when he says something, I ought to pay attention. So, when I see the word “Church” in the New Testament, I try hard to remember God wants me to think of his earthly family as a group of people who have been called out of the world to believe and follow Him. He is emphasizing the state of the individuals as believers, rather than the group they might be in.

I also recall that Jesus told his disciples that he had sheep in other folds, besides the one they were in. Then, again, he tells us that where ever two or three of us are gathered, He will be there, too. Further, He said through the prophet Zechariah that we should not despise the day of small things. God isn’t about numbers, but instead, faithful believers.

It’s so easy for people to gather and think, “We are it.” When it might be better to think, “I believe. Where are the others?”