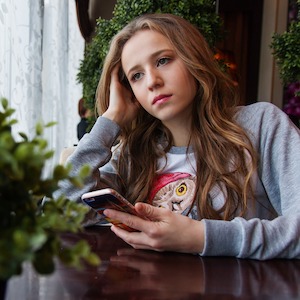 The Bible tells us that the human heart is deceitful above all else. When I first read that, I thought it meant that we humans tend to deceive others with our lies. It does say that, but there is more.

The more I thought about, the more I realized we lie to ourselves even more than to others. That’s why God has also told us that he desires “truth in the inward being.”

Most of the things we believe about ourselves seem not to be true. For example, a seventeen-year-old girl told me some time back she thought she was stupid as a child. Her parents homeschooled her. When she started public school as a middle-schooler, she was way behind. When her parents dropped her back a grade she felt less than the others her age. She said, “Just this last year I learned that I am smarter than I thought. I have the highest GPA in a class of 500 plus students.”

After becoming a counselor, I began to see in a way I never comprehended before, that we tend to limit ourselves because of all the harmful lies we believe about ourselves.

We also act out these lies, in an attempt to conform to our own sense of self. The teen mentioned earlier that she believed, “I can’t get good grades because I am stupid.” This kind of thinking held her back for years.

What kind of lies do you believe about yourself? We have a presentation coming out in July that will delve into this topic.