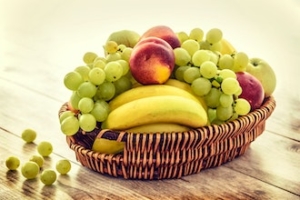 In the New Testament, God promises that both He and his son, Jesus, will live in believers by the power of His Spirit. The presence of God in the heart of believers causes real change. The Apostle Paul listed nine specific qualities and behaviors, fruit of the Spirit, in a believer. This presentation unpacks the first of these qualities, godly love.

Our series on True Spirituality.

This presentation is the second in a series called Fruit of the Spirit. Sometimes Jesus would say to His disciples, when He was getting ready to speak or afterward – that what He had to say that day wasn’t for everybody. Some people could hear it and some couldn’t. And I’m inclined to think that this whole series is like that. Some people just really aren’t that interested in spiritual growth. Their minds are focused on their own problems, or their own fun, or whatever. But this is for those who want to know more about how to employ this Spirit in their lives.

V-12 – For now we see in a mirror dimly – a mirror dimly – but then – when we’re changed – face to face. He said: Now I know in part, then I shall know fully, even as I have been fully known. So we’re going to know God the way God knows us. And we’re going to know ourselves the way God knows us. He said: So now faith, hope and love abide, these three. But the greatest of these is love.

So, in the day-to-day, we need to keep our eye on this: Are we treating others around us in a loving and respectful way? Are we acting like Christ acted in dealing with people the way He did? And those of us who are parents, we should include our children in that. Most people really talk down to their children. That’s a turn-off. You don’t like people talking down to you, so love your neighbor as yourself – and that would include your kids. If we can’t do that – if we can’t talk calmly to people and respectfully while we stand up for ourselves – or with our kids, enforce Godly boundaries – if we don’t have that, we are spiritually immature. We need to grow up. Being spiritually immature isn’t a life sentence. We’re supposed to outgrow that. That’s the whole point the phrase. So, we’re supposed to become mature. And if we’re not, then we’re not focused on God in us like God wants us to be.

We have already read that God is love. Can we zero in on that a little tighter? Think about this: It says in Matthew 22:34:

Matthew 22:34 – But when the Pharisees heard that He had silenced the Sadducees, they gathered together. They had a huddle. And one of them – after they talked it over about how to deal with Him – asked Him a question to test Him. “Teacher, which is the greatest commandment in the law?” And He said to them, “You shall love the Lord your God with all your heart, and with all your soul, and with all your mind. This is the great and first commandment. And the second is like it: You shall love your neighbor as yourself. On these two commandments hang all the Law and the Prophets – not just the Ten Commandments, but all the Law and all the Prophets.

We wonder if they were ever going to learn. From the time Jesus was twelve, He could go into the temple and talk to religious leaders and leave them with their mouths hanging open, astounded at His grasp of the scriptures. Now, this episode took place late in His ministry. By that time, they had tried and tried and tried to trip Him up – to trap Him with His own word, to get Him to condemn Himself to Rome or to the Jews. And every time, He would give them a simple, clear as a bell answer right out of the scriptures that they all knew that would leave them in a position that would humiliate them more if they opened their mouths. That aside – because this is an aside – we see that the Ten Commandments were founded on something. And what is that? Well, it is the spiritual application of the law of God – in a law book. It’s a code. It’s written down. And it deals with the letter. It deals with behavior. But it’s based on the spiritual law of God, which is love, which is God. They’re all the same thing. You can’t separate God from love or from His law, because His law is an expression of His love for man and others. So that’s what we have. That’s what we’re talking about here.

Just to bring this full circle – to finish where we started – some time back, we produced a presentation called What Does the Law Do? It’s the last part of a series on The Law of God. And the point of that presentation is that God’s law is His tool to make us like Him. So, if we struggle to love our neighbor as ourselves and love our enemies, then we’re struggling to obey God’s law. And that struggle moves us toward becoming like God, who is love and His love is expressed by His law. All of that is wrapped up in these fruits of the Spirit. The fruits of the Spirit are the love of God in our lives going out from us. And the behaviors and the attitudes that Paul mentions that we’ll go over in this series one by one are ways to express the love of God.

Don’t forget to check out our Website. You can look up the sermon that I just mentioned – What Does the Law Do? It’s a part of a series called The Law of God. Go to the “Presentations” button on the Website, liferesource.org – you’ll see it across the top there – click on the one that has to do with Presentations, then click on the “Series” part, and that will open up a page that shows you all the series and just find the one that says “Law of God,” and you’ll find it listed there. I hope you’ll do that. And I hope, if you haven’t already listened to the first one in this series, you’ll go back and do that, because it sets the stage for the rest of them. So, lots more on the Website as well – all kinds of good things to help you in your spiritual walk with God.