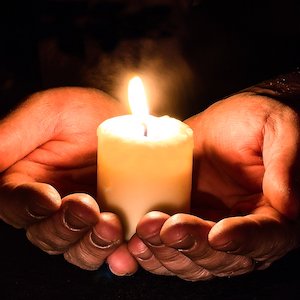 Faith and Hope – The Faithful Christian 6

The Apostle Paul wrote, in I Corinthians, that faith, hope, and love were three abiding Godly attributes. What is the connection between faith and hope? Does hope increase faith? Does faith increase hope? An important topic if we feel hopeless.

Check out this Website about the hope of Christians.

Paul said that faith, hope and love were the three greatest Christian attributes. He also said that “faith is the evidence of things hoped for.” That’s a quote from the King James Bible. This tells us that there is a close connection between faith and hope, and I hope to explore that connection today as the sixth in our series on faith – The Faithful Christian….

I told the story, I think, a couple years ago at the Festival, about a young lady that came to my office. She had terrible, crippling anxiety – trouble sleeping and lots of problems with that. I was explaining to her what anxiety is and how we deal with that, using EMDR. She was intently focused on me, listening. And as she listened, she reached over, without taking her eyes off me, and took a tissue, and started dabbing her eyes. And I said, “What are those tears for?” And she said, “I’m just hopeful.” She’d been struggling with this for so long, to even learn that there might be a chance she could get past it was a very emotional thing for her.

Not long after Elaine and I graduated, and got married, and moved to Little Rock, Arkansas, we were leaving Wednesday night Bible study at the YWCA in downtown Little Rock – not the best neighborhood. And I had my hands full, and I was trying to unlock the car and get all our stuff in it. And I put Elaine’s Bible on the roof of the car, so that I could do all that. And then I drove off with the Bible on top of the car. Well, it fell off – probably fairly soon – and we lost it. Now this Bible was not just your average Bible. It was a leather-bound, Oxford, India paper, wide-margin Bible – wide-margin so that she could put her notes in it – and the finest India paper – very thin, so even though it was a large Bible, because of the one-inch margins all around, it wasn’t as thick as a lot of Bibles we see, because the paper was so thin. The leather binding was just beautiful. We still have leather-bound Bibles, from thirty years ago, that are in perfect condition. So that was probably about 1969 when that happened. And I think that Bible cost her a hundred dollars, even back then. So that could be like a two hundred dollar, two hundred and fifty dollar book, based on inflation, today. So that was a loss. But worse yet, it had all of Elaine’s notes from college – from Bible classes, chain references, all kinds of notes – personal things that she wanted to remember. So this Bible wasn’t just a two hundred and fifty dollar book. It was a part of life. It was a real tool that she used every day. She took notes, quite frequently, about things from sermons and all that, and it was just an amazing tool for her. So, you can imagine how I felt. I spent a lot of time beating myself up over that. And the thing that finally came to my mind was, it just didn’t make sense that God would allow this Bible to stay lost forever, in spite of my absent-minded mistake that I made. Of course, I didn’t, at that time, understand that God doesn’t always think the way I think. But we prayed, and sometime after I’d given up praying – I don’t remember how long it was – was it two weeks? A month? Two months? – quite a while – a call came from the Little Rock police department. Someone had turned this Bible in and would Elaine like to have her Bible back? So we started talking about it, and I discovered that Elaine hadn’t given up. She was still praying about it.

So those are all interesting things that we pray about and that we hope for, but there’s another category of things hoped for, besides physical things and miscellaneous needs that we have. The two categories that we’ve already talked about are things or changes that anyone could hope for. You don’t have to be a Christian to hope for those things. But the Bible talks about an entirely different area of “hope fors” – the things Christians hope for, besides all the other things that we need in daily life. And it’s in this area that we want to focus on today.

So there’s one major difference between all these things and that first category that we mentioned. The first one is comprised of things we want to see happen that are personal, and the second one contains things God has promised us. And so that is where faith comes in.

Paul told us in Hebrews 11:1 – we’ve read this, I think, in almost every one of the sermons in this series:

Hebrews 11:1 – Now faith is the assurance of things hoped for, the conviction of things not seen.

Just as an example, I’m getting older. I’m seventy-three now. When I was fifty, I didn’t think much about the fact that I wouldn’t be around forever. But I think more and more about that as I start to lose some of my capabilities. I realize I am getting older. But I’m still living my life as though I’m going to live forever with God. And that is because I believe that’s what’s going to happen. And that knowledge that comes to me, that is from faith. We don’t know it by any physical evidence. All the physical evidence seems to point to the contrary. We’re getting older. But we know it by faith.

Paul said something else about hope as well in Romans 8:24:

Romans 8:24 – For in this hope we were saved. Now hope that is seen is not hope. For who hopes for what he sees? You know, when I’m born into God’s eternal family, I won’t have to hope for that anymore, because it will be reality. Right? That’s what he’s saying. So the fact that we’re hoping for it proves we haven’t received it yet. And, if we are already like God, it would not need to be hoped for, and we would not need faith to receive it. So hope is about the future. It’s what we’re hoping for. Right?

So let’s look at the context of these two sentences to see a bigger picture. I pulled that out of context to make the point, but there’s a bigger picture that Paul is talking about. It’s in Romans 8 – we’ll start in verse 18. He said:

V-20-21 – For the creation was subjected to futility, not willingly – not that we asked for it – but because of him who subjected it, in hope that the creation itself will be set free from its bondage to corruption and obtain the freedom of the glory of the children of God. You know, we look at the universe, we look at the night sky, and we’re dumbfounded at the hugeness of it and the beauty. And yet, what is the futility he’s talking about? Well, he’s talking about the fact that the physical universe is finite. It’s not going to last forever. We know that the sun is running out of fuel and so is every other star that we can look at in the night sky. In fact, many of them that we’re seeing, have already burned out because it takes the light from them so long to get to us. But it’s not just the physical nature of the universe – the finite nature of it – that he’s talking about. He’s talking about how God subjected it to human free will and to the free will of the devil. And the sense, then, is that the whole creation has been waiting and longing for the revealing of God’s children, and the change in the physical creation that’s going to take place. It’s not just that our bodies are corrupt and are going to vanish. It’s that the entire creation is just physical, and that one day, it’s going to away, too, and be replaced by something much, much better. … obtain the freedom of the glory of the children of God. The physical creation is, like us, going to be changed into something eternal. And it says: … the creation was subjected to futility in hope. Whose hope? Well yes, God is hoping for something here. Paul called God the God of hope, because in working His plan – it has not yet come to fruition – and so it’s something that He’s hoping for. Everything we hope for is going to come true, but it still hasn’t come true yet. Paul explained that already.

You know, when I first read that, years ago, I thought Paul meant that God was the God who gives hope, and He is. But also, He has a great hope Himself, as well. All these things He hopes for are not yet reality.

I gave a sermon at the Feast at Fort Walton Beach this year, about how God allows us to suffer in order to mold us into the perfect beings that He wants us to be. And I wish that I had thought to include this scripture, because it certainly would have added some context. See, it’s not just me,